Make no mistake about it, the Republican Party has declared a class war on average families by passing their tax bill. Doing the bidding of their corporate mega-donors, they are moving us rapidly towards a full throated oligarchy under the fraudulent notion of “trickle down economics”. The vast majority of us will pay more in taxes under their plan while the richest 1% get massive cuts.

It will also destroy the ability for everyday Americans to get masters and doctoral degrees, lead to millions more without health insurance, and explode the deficit by over $1 Trillion (so much for fiscal responsibility!).

Their actions imply a vision of an uninformed (see attacks on net neutrality), uneducated populace ruled by a wealthy elite. The notion that “the rich get richer, and the poor get poorer” just took on a much more serious reality and history shows us this will not end well for our country. It is now time for every one of us to step up and save our democracy by taking back every level of government from these truly dangerous people.

Further down in this email you will see a list of opportunities to get involved, but we must also reach out to friends, family, and co-workers and encourage them to become involved as well. Invite them to join our club, one of our allied organizations, or a candidate campaign. If they can’t help, they can donate to assist those who are doing the work. Talking to those in our life about the critical crossroads we find our country is imperative to our success.

The Facts About the Bill

What Are We Going to Do About It?

First off we are calling on every Republican elected official in SLO County, who does not agree with the destructive vision that the party now represents, to re-register as No Party Preference or another affiliation by January 1, 2018.

Those that stay Republicans after that date confirm their status as a threat to the livelihoods of SLO County residents. We will do everything in our power to ensure they lose re-election to a challenger who actually represents the interests of the people.

We specifically call on:

How Can You Help?

Show up to the Board of Supervisors on December 12th at 9am. The board will consider harming working people in the county by ending an important affordable housing program. This is a continuation of the same efforts we see at the Federal level with the tax bill. The board must be held accountable.

If you can’t dedicate time to volunteer then DONATE to help sustain our efforts. We have a goal of raising an additional $3,000 before the end of the year and we are over 1/3rd of the way there. 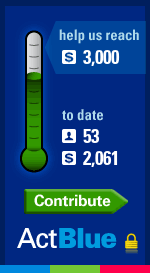 Our SLO Progressives Citizens' Summons event with Congressman Salud Carbajal was a success! We heard…

Hoisting high their rainbow flags, San Luis Obispo residents gathered at Mission Plaza for the “Show Your True Colors” rally to stand in solidarity with the LGBTQIA and other marginalized communities June 7 at 5 p.m.

Blog/News Categories
Paid for by San Luis Obispo County Progressives Democratic Club - FPPC #1395216
Not authorized by any candidate or candidate controlled committee.
Back To Top
×